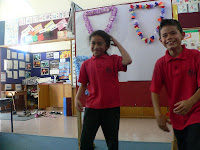 Following on from our celebration of White Sunday, the children wrote recounts of what happened. Here is Othaniel's version.

This term our topic is Food Glorious Food. We will be learning about different celebrations and the foods that are eaten on these special occasions. Our first celebration was White Sunday. This a movie of how and what we did to celebrate this event in our classroom.

Gloria and her Term 4 Immersion Assembly 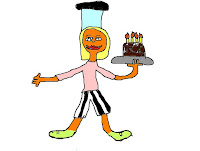 Listen as Gloria retells our Immersion Assembly, a tradition that happens on the first day of every term.

Our friends in America

We have been very fortunate to have friends in America that leave us lots of comments. We even have been sent a movie for us. Click here to see it. Thank you to Dr Strange and his lovely grandaughter.
Posted by Room 9 @ Pt England School at 10:10 AM 1 comment: 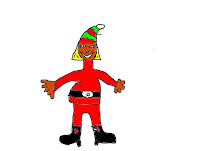 As promised here is a story of our Immersion Assembly that happened on Monday 12th October here at Pt England School. Listen as Anamei describes what she saw and what she enjoyed most.

Term 4 has begun and our topic is "Food Glorious Food". At the beginning of every term we have a special assembly to get everyone interested in the topic. Here are some pictures that the children have drawn using kidpix. Leave us a comment and share with us who or what you think they are dressed up as or doing. Stay posted for stories from the children as well. 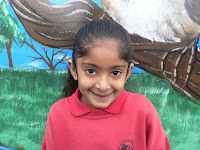 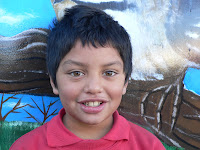 Last term our topic was The Art in Storytelling. Our e-Learning task was to draw and animate a nursery rhyme or fairytale. This is Evan's animation for Incey Wincey Spider. 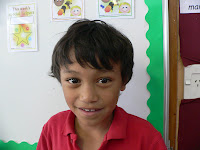 This is Daley's animation using kidpix of the Nursery Rhyme: Hickory Dickory Dock.

The Ugly Duckling by Gloria 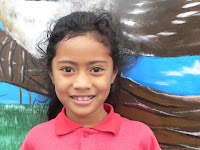 This is Gloria's writing for the Tale of the Ugly Duckling. She has worked hard in term 3 and was able to write the beginning of the story. Listen and you'd might like to leave her a comment about what happens next

Once upon a time there lived a mother she laid 7 eggs. She said "come out now, I will count to 3 and then you come out 1,2,3". And out came 6 eggs but the mother duck saw one she told the duckling "come out", the duckling said "I'm trying, I'm trying" the egg hatched and out came one ugly duckling. The mother duck was curious, why was the duckling different? But she just remained silent. They went to the pond to learn how to swim. They ugly duckling was the only one that could swim. They went to meet their mother's friends. Some of the friends were teasing the ugly duckling and the mother said "stop it, it is just his colour". She was so unhappy with them. So they went back home. One of the ducklings were playing a game, the ugly duckling asked them "can I play with you?". The ducklings said "No, you are too ugly to play with us, go away.
Posted by Room 9 @ Pt England School at 8:41 AM 2 comments: 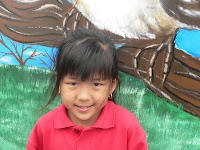 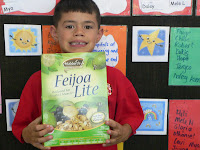 This is Levi's animation of Humpty Dumpty. He has worked very hard in term 3 to make sure his drawings were realistic and detailed. Well done Levi!