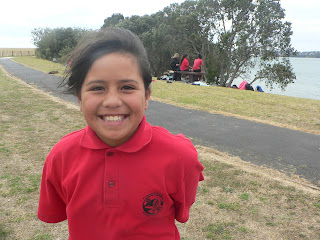 Here is Katareina's entry for the Maori Movie Making competition. She made this all by herself. Well done!
Posted by Unknown at 2:42 PM 3 comments: 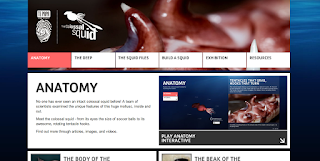 I found a really interesting site about Te Papa's Colossal Squid. My question for you is: What is pungent gas made up of? Click here to find the answer and leave a comment.

Here is Sohel's narrative about a seal and penguins. It's a great read!

Once upon a time there lived a penguin named Mike. Mike and his friends were secret agents that rescued animals all over the world. During their fight training session Mike got hurt. He went to  his room to do some meditation. Suddenly he was teleported to the surface of the water. He looked around and realised he was among lots of  killer whales.  Mike was extremely scared and started swimming for his life he screamed as loud as he could, his friends rushed to his room but he was not there. Being secret agents they were able to track him down using his tracking watch.

Francis, Ferby, S.J Bomb and their captain Artix ran to get their gadgets they  put on there rocket boots, sword belt and their mini ring gun.They used their rocket boots and blasted themselves to where Mike was, they started to shoot at the killer whales. Suddenly the killer whales started to  shoot back. The whales  shot Francis he was injured so  Ferby and S.J bomb  took him back  to the lab in town.  Meanwhile  Artix stayed behind to  shoot the killer whales and rescue Mike. “Lets go Mike” said Artix, “Let’s head to safety where the others are”. They made their way back to the lab. When they got back  they found out that there master was a killer whale disguised as a penguin. Artix shouted “ATTACK”, Mike, Ferby and S.J Bomb pulled out their swords from their belts and started chopping up their master.


Do you remember when Francis got shot, well the bullet he was shot with had a potion in it............Read on to learn more.
One day Francis was sharpening his sword belt when suddenly he grew a tail.  He rushed to his friends but they had gone shopping. Francis started to panic he didn’t want to turn into a killer whale because his friends would hunt him down. Unfortunately there was no way he could stop it. Francis became an evil killer whale. He planned to blow  up the city with a nuclear bomb. When Mike and the others found out that Francis was a killer whale they were very sad and wanted to find a cure to change him back. They did some research and found out that the only cure for  him was to find three magic gems. they set off in search of the magic gems.

While they were searching   they saw  a magic gem on the back of a  giant polar bear. Artix said “we need to work as a team to get that gem”. “Mike, Ferby and S.J Bomb you circle around the polar bear while I distract him”. “Ok” they all said at once. Artix started teasing the bear S.J bomb and mike cut his legs then artix and ferby got the gem off his back when he fell over. They were happy they got there first gem.

They continued on their journey and ended up in a forest. There they saw   a giant snake they used their sword belts and chopped his head off so the snake wouldn’t eat them. When the snakes head fell off  they found there second gem in it’s neck. The agents knew that to get the third gem they would have  to kill the king killer whale. The only way to kill the king killer whale is to use a Narwhals horn and stab the king in his heart. Then  the gem would be there's. Lucky Artix had one in his bag. They snuck up from behind the king and Artix stabbed him in the heart, The king screamed and Ferby shouted “there’s the gem in his mouth, I’ll get it!” He swam quickly over to the king and ripped the gem from his mouth. The king killer whale was dead.

They pushed the special teleport button on their sword belts and teleported back to the lab. Mike got all of the gems and combined them together, and made a magical bullet. The nuclear bomb was getting closer and  closer to the city. “Hurry” shouted Mike, “we need to save the city” he handed the gun with the magical bullet in it to  Artix  to shoot the bomb. Artix fired the gun and it hit the nuclear bomb,they watched as the bomb turned around with extreme speed and headed toward Francis. They watched in amazement as the bullet that was stuck in the bomb exploded, smoke was everywhere, suddenly they saw Francis flying through the air  he was turning back into a penguin. His friends were really happy to have him back. The magical bullet combined with the nuclear bomb had killed all the killer whales in the city. The city was safe once again.

This week the children in room 13 got a chance to make a penguin using origami. Here are the winners. They were judged by being the most creative, bright and colourful penguins. Well done to everyone in the class for giving it a go. It wasn't easy but everyone managed to make one. Click here for the video. The winners are: Simon, Shaitarn, Rowana and Shavana. 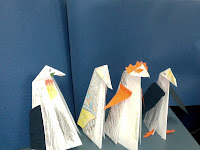 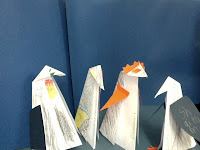 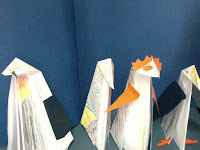 Here is Aaron's presentation that he made about an animal that lives in Antarctica. Watch each slide as he shares some interesting facts. Well done Aaron!

This movie is a collection of animations, food chains and audio boo that the children made and put together.
Posted by Unknown at 9:00 AM 5 comments:

Monsters of the Deep by Kyan 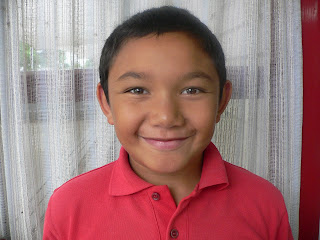 The Marmite reading group had a task. They had to show their understanding of their reading by creating a presentation with facts about squid. Here is Kyan's google presentation that he created all by himself. Well done Kyan!
Posted by Unknown at 7:55 PM 2 comments:

What's a Food Chain? by Katareina

In class we have talking a lot about food chains and what they are. It was quite tricky for some of us to understand and explain what a food chain is, but after lots of discussion and working in small groups, here is what Katareina and friends came up with.


Click below to listen to me read this paragraph to you too.


listen to ‘Katareina what a food chain is’ on Audioboo 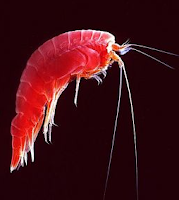